Order a set of 5 animated gif 360 degree images and videos to fill your social media pipeline. Have your guest spin around in 360 degrees at on spot on your listing. Then entice them to preview the home online in your Matterport 360 tour.

Preview this new home in 360 using an animated gif 360 degree for The Canyons in Henderson, NV.

Contact me for more information on how to order your Matterport 360 Virtual Tour and learn about add on’s such as animated gif 360 degree, to help promote your virtual to spark more interest in your listing to home buyers who are unable to see the home right now. Possibly receive multiple offers from those out of town, state or the country.

We Scan your Property with the Matterport 3D Virtual Tour Camera

After a quick turnaround, your complete 3D model is ready to explore.

Anyone can completely engage with your listing on mobile or desktop, using only a browser to the link we provide.

Experience a Matterport 360 Virtual Tour Now -Click The Image Below.

Visiti one of my Virtual Tours Now

UnBranded Virtual Tour Options help Agent Show off their listings to other agents safely through the Multiple Listing Service (MLS).

Branded Virtual Tour Options allow Agents to Show off their listings to real estate listing services like Zillow and Realtor.com.

Add a Zillow Walk Through Video 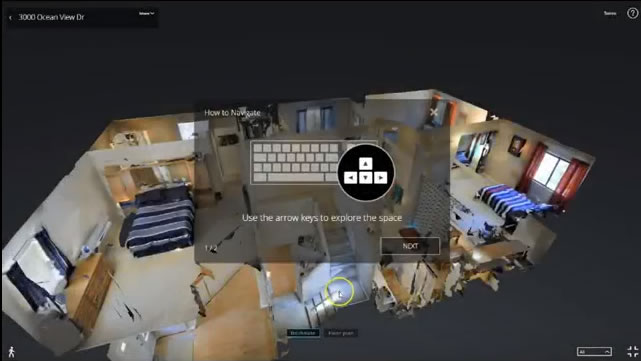